The mission of the New Mexico State Police Investigations Bureau (IB) is to detect, prevent, disrupt and investigate violent criminals and felonious criminal activity that undermines the safety and security of the citizens of New Mexico. Additionally, IB has the unique responsibility and authority to investigate, both criminally and administratively, all violations of the Liquor Control Act. IB is comprised of four specialized units which focus on their own particular areas of enforcement, but work together to achieve the common goals of State Police.

The New Mexico State Police Cold Case Homicide Unit is responsible for investigating all unresolved homicide cases investigated by the New Mexico State Police. A case is considered to be cold when all investigative leads have been exhausted. If you have any information that would be of assistance in any of our Cold Case investigations, please telephone us at (505) 827-9066, by email at: Coldcase.Homicideunit@state.nm.us or submit a tip through our online tip form.

State Police Narcotics focuses on the investigation of alleged violations of the Controlled Substance Act of the State of New Mexico and of the United States. They conduct these investigations throughout the state in an effort to improve the quality of life in rural New Mexico. Narcotics agents regularly work with both federal and local law enforcement to successfully complete these investigations.

The State Police Criminal Enforcement Unit consists of K-9 officers stationed throughout the state. The primary mission of these officers is to safeguard the motoring public through aggressive traffic enforcement, while also attempting to interdict any criminal elements utilizing the highways of New Mexico to further their criminal activities. These officers and their K-9 partners are also available to assist other law enforcement agencies throughout the state.

The use of narcotic detecting canines by NMSP started in 1970. Since then, drug sniffing dogs have been involved in some of the largest narcotic seizures in New Mexico’s history. The NMSP continues to use man’s-best-friend as a unique and effective tool in the war on illegal drugs.

In December of 2000, the NMSP enlisted several members of the Narcotics Bureau to create a Clandestine Lab Team. In addition to investigating suspected illegal drug labs, the team teaches safety and awareness classes throughout the state. During the early days, team members recognized that investigating and arresting persons involved in illegal drug manufacturing, often meant discovering at risk children exposed to the drug lab environment. In 2004, the Department of Public Safety, and NMSP, fought to protect children found at the labs and created tougher laws regarding the purchase of drug precursors.

The NMSP Intelligence Unit is comprised of civilian investigators and data analysts who fulfill vital roles in:

Intel Investigators provide investigative and analytical expertise by working criminal investigations with investigators and officers of all divisions within NMDPS/NMSP, as well as other local, state, and federal, and international law enforcement agencies to aid in the identification, arrest, prosecution, and conviction of criminal suspects.

Intel Investigators provide historical and up to date information on criminal organizations impacting the State of NM through intelligence led policing. They partner with other law enforcement agencies and all other stakeholders to ensure they provide accurate, timely, and actionable intelligence with the goal of reduction and prevention of future crimes.

The SAKI Investigators conduct thorough case reviews to provide law enforcement personnel with investigative leads on cold case sexual assaults that have resulted in a CODIS hit.  They determine the appropriate methods of investigation and analysis, prepare and present oral and written briefings on investigative findings to aid law enforcement agencies to clear these cases by arrest or closure due to other factors.

Data Analysts gather information, assessing data for its reliability and validity, analyzing data, and then making forecasts, or recommending prevention strategies based of that information. This analysis includes generating products including real time crime data, hot spots of criminal activity, geospatial mapping, and the development of criminal intelligence.

The Intelligence Unit has recently assumed responsibility of the National Integrated Ballistic Information Network (NIBIN) program for NMSP. The purpose of the program is to identify and disrupt gun crime offenders. This is accomplished through the timely processing of firearm evidence, providing comprehensive investigative support, and identifying connections between offenders and multiple criminal investigations.

The Technical Unit is comprised of both full-time and part-time members that utilize specialized training to respond to critical incidents around the state.

The Crime Scene Team was formed in 1999, and is a full time unit. The CST members process and reconstruct crime scenes for the New Mexico State Police, as well as for other municipal, county, state, and federal law enforcement agencies. In addition to general crime scene investigation, members specialize in:

Members of the team have been qualified as experts in various aspects of crime scene investigation, in courts of various jurisdictions in New Mexico, as well as in other states around the country, and in federal court.

The Special Investigations Unit (SIU) is a major contributor in the state’s effort to reduce DWI, alcohol-related crashes, underage drinking and over-service of alcohol. In addition to criminal enforcement, SIU agents have statutory authority to issue administrative citations to liquor licensees and servers. This exclusive authority to take administrative action renders SIU the principal unit for enforcement of the Liquor Control Act.
The unit performs a wide range of enforcement and regulatory activities statewide, to include:

Please refer to the map below to locate the zone identifier for the location of the investigation you wish to obtain information on. Then use the contact directory  table below to send an email directly to the correct zone supervisor.

*Please note that for some specific types of investigations (Intelligence Unit, Technical Unit, Auto Theft Unit…), there are no zone designations – only one point of contact. 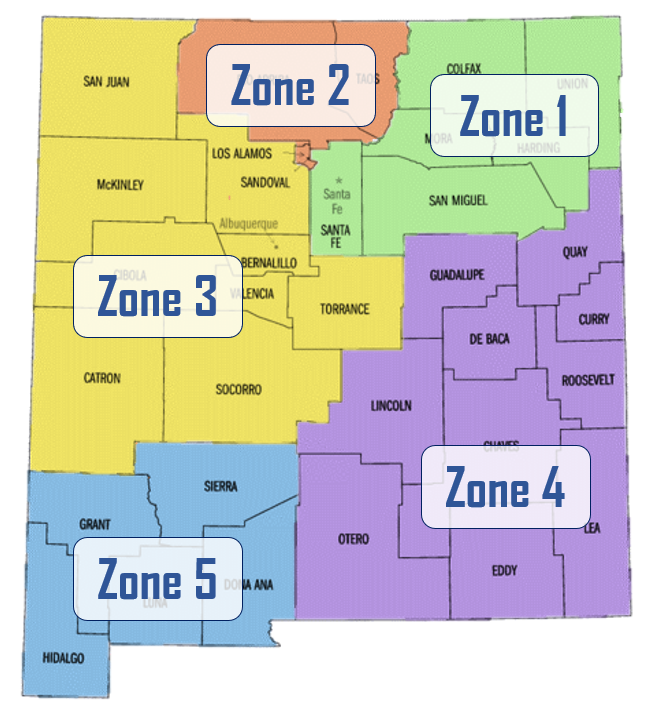